Here are the final results for the PIMD Men's Play-Down Pairs held at Rossmoor LBC over the last two weekends.
We started with 9 teams & a bye.
After weekend one there were 6 teams. Those six qualifying teams played a round robin this weekend. The order of finish is listed below.

Because there was a "Tie" for 1st place, both teams having only one loss in the round robin finals. The tie required a full game (18 Ends) to be played to break the tie.

The winner of the tie-breaker represents the PIMD in Long Beach for the Nationals.
That winning team was Tom Burnoski & Daniel Gorelick. The team of Nick Christensen & John Luster will be the alternate team, should Tom & Daniel not be able to play in October.

Congrats to Tom and Daniel. 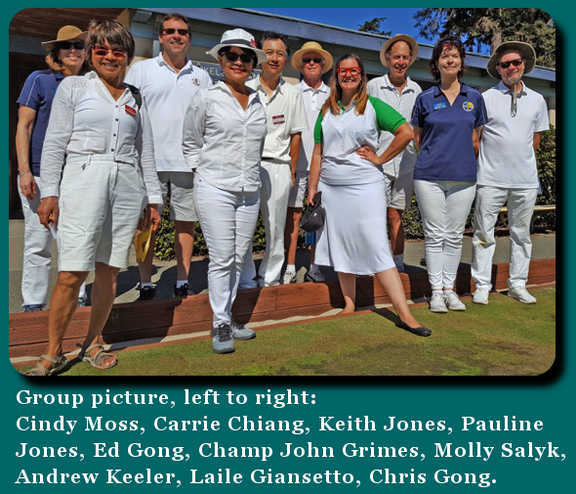